Neither makeup nor stage presence could hide the news commentator’s pale ghostly appearance as he struggled to get his words out.

“Earlier in the week I told you that, Xiao, the rogue star will miss the Earth.” He paused, blinking into the camera. “But now we have this special bulletin just in.” Moisture appeared in his eyes. “The latest calculations show that a cosmic vortex, caused by the passing star’s gravitational field, will displace our entire solar system.” He swallowed hard, clearly wrought with emotion. “Scientist’s have concluded that we have…six months to live.”

– Seth, a rural firefighter, pulled Nicki from the fuselage of a plane just before the wreckage tumbled into Kiger Gorge. Over the next month they fell in love and had everything to look forward to…until they heard the news about the star.

– Dwyer and Cassie, two teens on opposite trajectories, as unlikely to mix as oil and water, were forced together to survive. In the chaos following the news of the star, Dwyer killed a man who attacked Cassie. They buried him together to cover the deed.

– Connor and Pilar, a middle-aged language arts teacher and a bank manager, barely escaped Portland’s rampaging mobs to become stranded in central Oregon with thousands of other refugees trying to flee the chaos.

Three couples, thrown together by fate and entangled in a quest to live through the meltdown of society, discover that one of them has the answer that will enable them to survive. 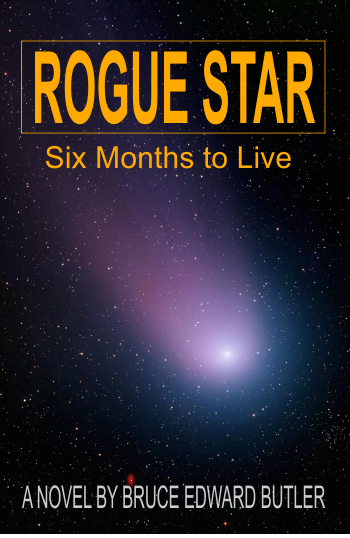