Edward had never met a woman like Prittesse who was more interested in him as a person than she was in his designated function as a provider of female needs. Up to that time, his life had been an endless torment of empty liaisons with women who could kill him without consequence, should he displease them in slightest way. Prittesse’s unconventional approach started Edward’s rites of passage into “manhood,” a banished concept, punishable by death in their upside down society.

Sleeping in Trees explores the beginnings of romance, in a culture that has outlawed love; manhood, in a civilization that has neutered most of its males; and femininity, in a world of female chauvinism. The story’s social commentary edge is honed by Edward and Prittesse’s perilous escape into the beast-ridden wilderness, pursuing the lost ideal of love. 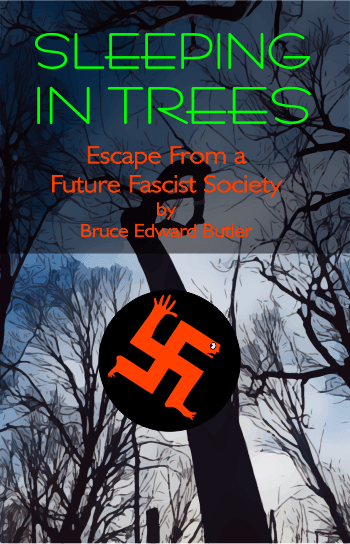