The Sacrifice of Jack

We just want to talk to you, Johnny,” the man yelled into the darkness. “Then we’ll let all of you go. But this is your last chance. If you don’t come out right now, I’m gonna hurt your little scout buddies.”

After Johnny’s scout troop witnessed a murder, he escaped into the sage brush. Commentators agreed that he did the right thing by remaining hidden, but he never quite accepted that because he could still hear the screams of his friends, pleading with him to come out of hiding and save them.

Johnny now goes by Jack. He’s middle-aged and comfortable. None of his church friends know he’s the lone survivor of the famous Guadalupe Massacre. Even though he was psychologically scarred by that horrible event, terror is the last thing he expects in adulthood. But someone’s changing that, and the stakes are much higher than in his childhood. Is meaningless, violent death Jack’s destiny, or is this his opportunity to redeem his past? Whichever, the situation is about to draw him very close to God. 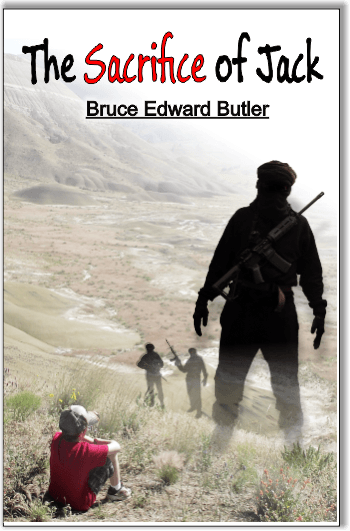